Translator’s Notes: So part of these questions originally appeared on a Sayu picture, but rather than make the translations longer than necessary I just am putting them together for simplicity.

As for 24. The original drawing as handdrawn (whether by her or her sister I don’t know) but I couldn’t get a good shot and don’t want to directly copy from the book itself, so I just did a quick vector instead.

Also if you’ve noticed I refrain from translating the way I do with blogs in order to save space and simplify. If I can find translations for the title I’ll use the English localization name rather than have both the translation of the Japanese and its localization. Hope it makes it look cleaner. 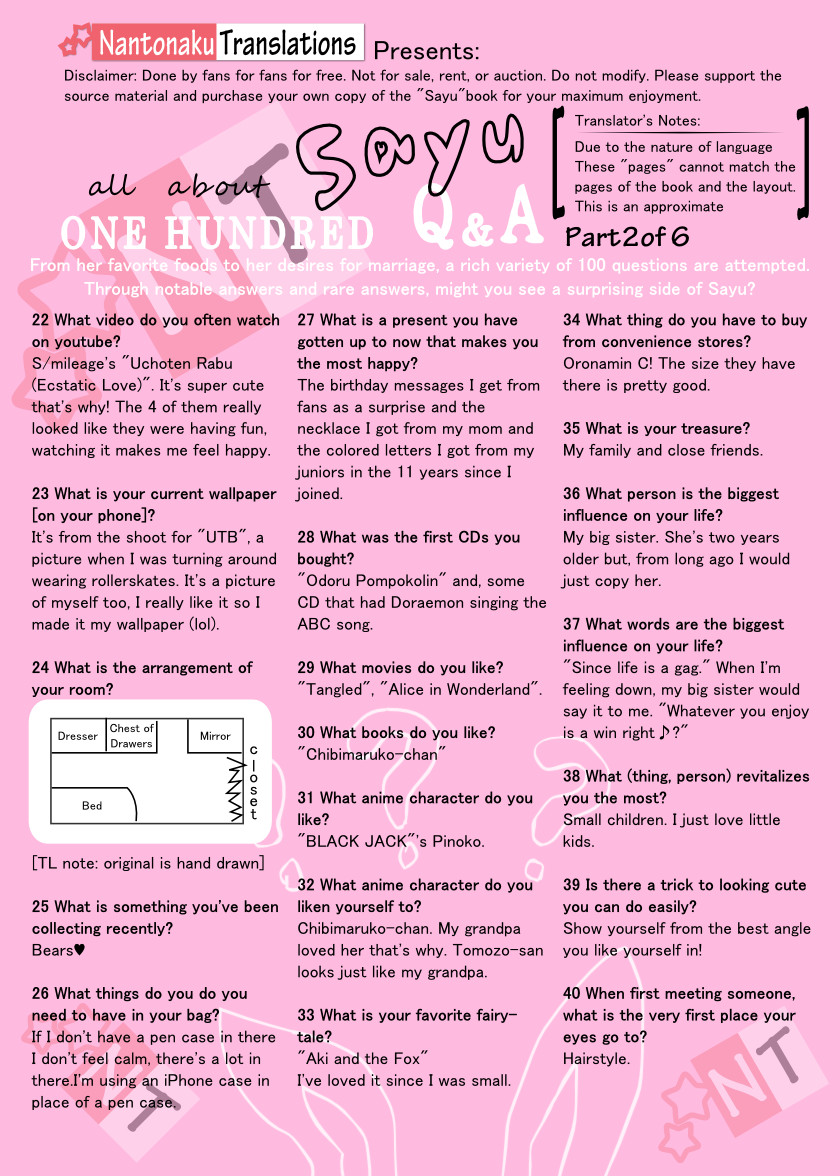 This site uses Akismet to reduce spam. Learn how your comment data is processed.

It took us a while, but we're coming back slowly.